Powered by the Raspberry Pi, this modular device works with your Windows, Apple, and Chromebook computers to take your learning out of this world.

Connect it to moisture sensors to record environmental changes, wear it to measure movement and motion and use it to control everything from robotic vehicles to stage lights.

With pi-top, you’ve instant access to hundreds of projects, components and resources supported by a global community of teachers, learners and makers. So, you can get started with engaging, fun and stimulating learning immediately. More design time, less down time. 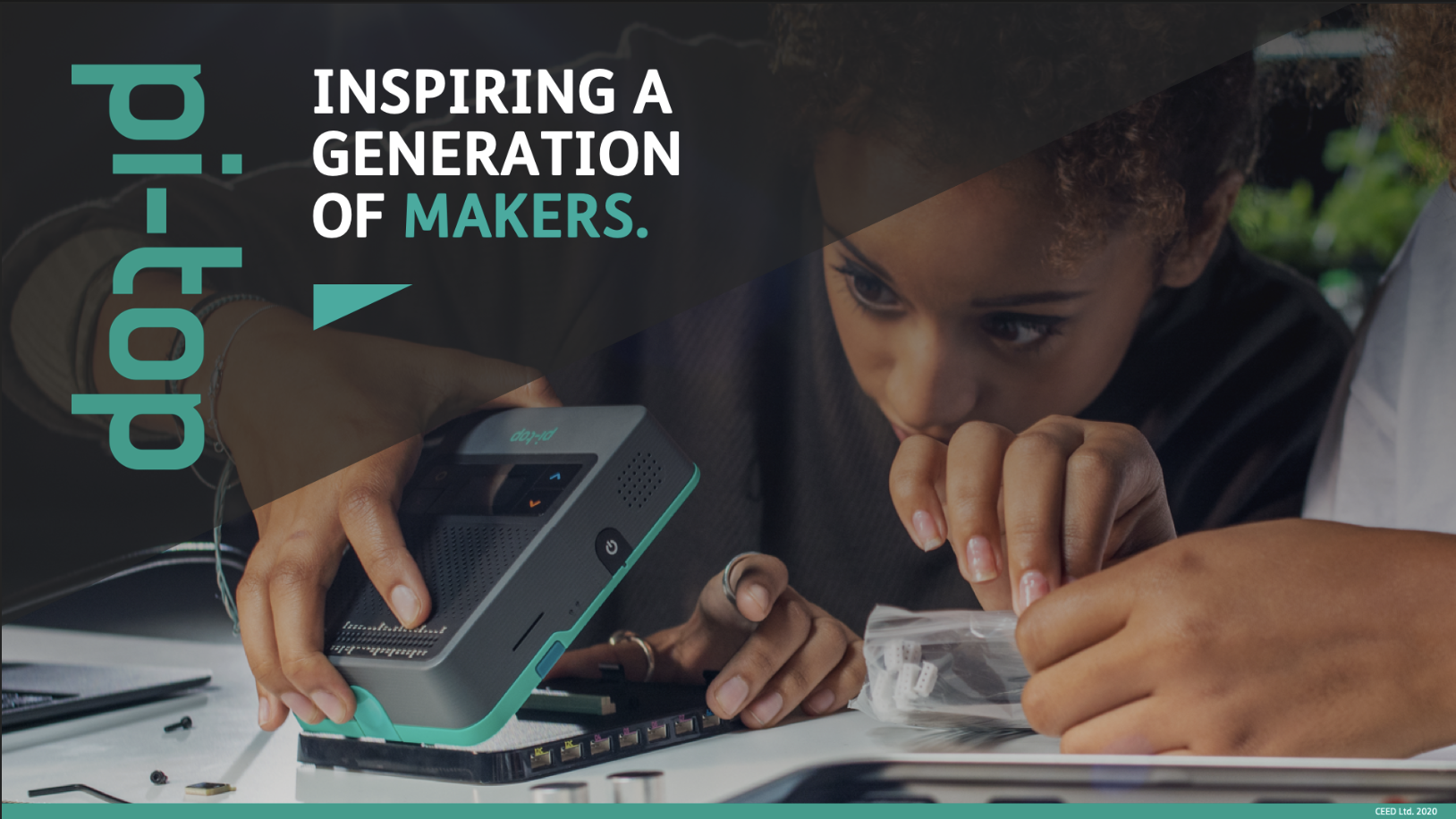 TEAM PLAYER
Powered by the hugely successful Raspberry Pi computer, pi-top [4] easily connects to your other PCs such as Windows, Macs and Chromebooks (as well as the rest of the pi-top family), making deploying code and retrieving results easy. It also works out of the box with your existing screens, keyboards and mice, as well as our brand new wireless keyboard and HD touch screen.

CONNECT [4]
pi-top [4] comes with Raspberry Pi’s GPIO connectivity as standard, meaning you’ve instant access to thousands of free projects, components, resources and support. We’ve made getting connected even easier with pi-top’s GPIO Node extension cable, which brings the interface front and centre and handily clips into third party products such as LEGO.

PLUG, PROGRAM, PLAY
With pi-top [4], we’re introducing the pi-top Makers Architecture (PMA), a game-changing range of accessories that take maker connectivity to the next level. PMA offers ‘plug, program and play’ options for a wide variety of sensors, cameras, motors and other off-the-shelf components.

SHOW IT THE DOOR
With its internal battery and sturdy construction, pi-top [4] loves nothing more than taking the learning experience out of the classroom and into the real world. Attach it to a drone, control hydroponic systems or record environmental changes. It’s so small and light you can even wear it, and command LEDs or record data from actors to athletes.

MINI SCREEN, BIG DATA
As well as connecting to a regular computer screen or video projector, pi-top [4] also has a built-in mini OLED screen. This can be programmed to display information on projects you’re running, such as data and readings from attached sensors, to system information like battery life and CPU usage. The four buttons either side are also fully programmable with a wide range of commands.

WHAT’S IN THE BOX?
Every pi-top [4] comes with the following in the box:

FOUNDATION KIT
The Foundation Kit that comes with every pi-top [4] uses the unique pi-top Makers Architecture (PMA) and means you can get making and creating straight away. With sensors, motors, buzzers and LED’s, create anything from robotic systems to musical instruments to light and sound shows!